I decided, while writing this treatise on Boundaries, to begin with a more-global aspect vs deeply personal.  I also recognize that each topic is held deeply and personally. I also also recognize that it is much 'easier' to look outside myself (external) in the beginnings of making (more) transformation, than it is to immediately jump to that examination of internal: emotionally, psychologically, and spiritually.

I was born what is known as a Military Brat.  No matter one's age that is a moniker that both separates and unites. If you are 'one' you most likely know what I mean. Love it or detest it, celebrate it or decry it, that 'label' defines.  Deeply.  It is a 'shorthand' explanation or introduction that others, who are as well, get.  Of course, this too is a Boundary ~ of perception; of viewing the world often in a more-global manner, usually based on experience. {By the way, a great influencer of holding on to a Boundary is experience.}

My 'tween and teen years were spent in Asia. South Korea to be more specific. Seoul – Yongsan Military Compound to be exact. (A beautiful country, about the size of Florida's peninsula, only 'fatter.')  VERY different from the family's last duty assignment at Tooele Ordnance Depot, Tooele, Utah. (Closest major metropolis: Salt Lake City.) A major culture shock to be sure !

The family lived “on base” ~ a hundreds-of-acres US military compound that attempted to replicate the culture and society of America.  {Close, but no cigar !!} Huge concrete brick-o-block walls separated “them” from “us.” 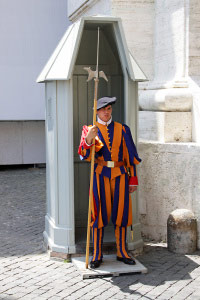 There were Guard Gates to pass through between North Post and South.  I.D.'s were checked. Entrances were sentry armed. Other egresses were similarly manned by both US and KATUSA soldiers. Even within the base itself, there was division and gating between USOM (United States Overseas Mission) [ie: civilian] families and military ones. Boundaries; lots and lots of Boundaries. Some up-front-and-in-your-face, others more subtle.

The social strata were defined. Two examples are:  the Non-Com pool and snack bar, vs the Officers' club and pool; the Generals' housing, separated uphill from the lower ranks. Whether in Antioch or Brentwood, Beverly Hills or Skid Row, Manhattan or the Bronx, there tends to be a 'desired' section of any town. {Who knew that 5 digits would have the power to create perceived Boundaries. 90210 !}  Amazing, isn't it ?!  These human-made demarcation lines ~ as powerful as the 38th parallel.

I wonder:  Is it a desire for more? The need to create a pedestal at which to look up {or down}? Do these intangible 'things' become goals, or do they become blocks? Building blocks or barriers? A 2500 sq ft house in Nashville will sell for a different price depending whether it is located in Madison or Franklin. Why? Does the earth on which the house stands think it is more valuable? Do the birds who land on the tree branches care? Do the squirrels turn up their nose at food in Detroit's Delray vs Grosse Pointe because they've determined it not quite classy enough? Interesting. Whose the more intelligent species?

I hope you really ponder these and similar questions.  What does your 'society' say about you? If you “are judged by the company you keep” then what more powerful 'company' than the society in which you live. What messages to others {non-validated though they may be} does an allegiance to a society impart? IS this a deep truth for you? Are you sharing thoughts and verbalizing your beliefs with others to bring about clarity, or are you simply allowing the painted-by-numbers picture of you to be seen and judged as being who you really 'are'?  Are you supporting the mental Boundaries of others ~ and yourself?

These mental Boundaries didn't pop up on their own. They were created.  Even the US Census Bureau has a list of ranked professions.  Ask yourself, is a minister a more valuable human being than a factory worker? Does the convenience store clerk matter less than the Wall Street broker? Really? And why is that {if it is, for you} ? Who put those Boundaries in place in your world? Who told you it 'must' or 'should' be like this?  Ask ~ and love the question.

What about the Boundaries surrounding:  designer brands and labels? K-Mart vs Kohl's, or Nieman Marcus vs Bergdorf Goodman's (yes … even the 'elite' like to compete for your allegiance). Nike vs Puma vs Adidas.  Does the Campbell's soup purchased at Whole Foods vs Safeway taste any different?  Then, of course, there's Mercedes vs Ford, {heck, Ford vs Chevy!}, Apple vs Microsoft, the Auburn Tigers vs the Tennessee Vols.  Comcast vs Dish. Harvard vs Yale ...vs Princeton …..vs. MIT {or, heaven forbid some 'lowly' State university}. Democrat vs Republican.  Catholic vs Jew vs Protestant vs Muslim (or LDS or Bahai' or Hindi or …. or …. or.)  Every one of these social choices (or in this last example, cultural and religious as well) is a self-declaration of a Boundary.

(What's even more sardonically amusing to me is that marketing professions love these Boundaries and choices of yours [and mine], spending multi-millions of dollars on behalf of their clients [who are selling a product for bottom-line results...no more/no less] in commercial advertising designed to instill fear, less-than-ness, them-vs-us-ness so that 'you/we' spend millions if not billions of dollars in return. What a great system to keep 'us' psychologically tethered !!)

The minute one has a “vs” they have created a Boundary.  Is it truly yours, or did you inherit the mindset?  “My great-granddaddy, and my granddaddy, and my daddy have always voted ___, and so do I.”  Let's not be sexist:  “My grandmama and my mama have always voted ___, and so do I.  I know my great-grandmama couldn't vote, as there was a Boundary that said she / women weren't capable enough because of gender, so she wasn't allowed.” {Hmmm...}  Every four years network new-stations use red or blue to designate which of the two 'official' parties carried a state' during national elections. More Boundaries.

The cultural impact is closely intertwined with the societal. Culturally, what about: “My family has always attended ____ Church/ Synagogue/ Cathedral/ Mosque/ Reading Room/ Sweat-lodge, so I do too.” Is the attendance connected to a choice or a cultural norm? A wasband of mine grew up eating grits with milk and sugar. Having a southern-born mama, I grew up eating grits with butter and salt'n'pepper. Some of those 'Northerners' simply say “OMG, who in their right mind would eat grits??” OK then, who was 'right' and who was 'wrong'? All? Some? None? It depends upon where one is raised and the cultural norm ~ plain and simple. {Well, in the case of grits, one's taste buds too!}

Cultural imprinting runs deep. I have lived, literally, from- sea-to-shining-sea. East coast; west coast. 'Out West' and 'Down South,' and 'Deep in the Heart of Texas.' I was born on an island (Kyushu, Japan) and have lived on peninsulas and huge continents. However, through the vast majority of locations, from birth through my early twenties,  I lived within the culture of Military, a Society who imprinted the Boundaries and belief structures, no matter what State or country I happened to reside. Powerful Boundaries.

Adapting, or adjusting to, different cultural norms can be frustrating or confusing. {Not to mention comprehending certain accents!} Acceptance of these same cultural norms can be quite difficult. While living in S. Korea, one of the cultural epicurean delights during a special feast day was: dog. Myth or reality, I remember being abhorred at the thought of someone eating our family pet. {Another 'OMG !!'} At the same time, while studying world geography in elementary school, I was extremely judgmental about the fact that, according to the data being taught, thousands of people in India were starving while cows were honored as sacred. {What; are you kidding me?  Eat a burger !!} Hmmm... both cultural naivete and youthful arrogance.

In addition to foods, cultural Boundaries also lend themselves to wearing apparel, sporting events and teams, decoration of the physical form (or the covering thereof, which, culturally mandated by certain Laws, have powerful consequences including death).  Other cultural Boundaries include seasonal traditions, particular holidays (religious or national), educational preferences and institutions, housing styles, and even hairstyles. Oh ! Let's not forget … colors. {“My dear, you simply cannot wear white once Autumn has arrived!”}

If there is a theme here it is the chosen desire to separate with the illusion of uniting. Them vs us ….he vs she …. you vs me. These are based on externals; those things 'out there.' They are also often based on the unknown, uneducated {not talkin' book-larnin' here}, the unusual or uninformed. They are attached to myths, stereotypes, fear-mongering ideas. The Different. At it's zenith, Nazi-ism and other cultural and societal purges and pogroms were {… are} {sigh} indicative of The Different. Blind obedience to what someone 'out there' said was right/wrong, good/bad, moral/immoral.  Mob- and the masses-mentality.

Whether it's “Hell, no! We won't go!” or “Build a Wall;” whether the blame is put on Mrs O'Leary's cow (the 'cause' of the Great Chicago Fire 1871), or Murphy the billy goat (that purportedly wasn't allowed to remain in Wrigley field due to being odoriferous and hence a baseball curse 1945), beliefs and subsequent Boundaries are set up. These same Boundaries are also a set-up. Superstitions are Boundaries !! Some have lasted for generations.

Your challenge this time is to examine both your cultural and societal Boundaries. Superstitions too. Those 'shoulds' and 'musts' you've carried around for your personal lifetime. Does throwing spilled salt over your shoulder really 'ward off evil?' {I could never remember: is it right shoulder or left?}  What about walking beneath an open ladder? Avoiding black cats on Friday the 13th? {Now that's an amazing piece of history !!} What about opening an umbrella inside a house? Walking down the sidewalk and 'stepping on a crack?' Admonitions that 'good girls don't …' and 'a gentleman always ....'

Again, simply be an Observer. When the mental Negative Committee starts in with their “yeah-but's” and they begin listing all the reasons 'why,' ~ all you really have to do is simply smile ~ breathe ~ and continue filling out those little colorful stickie notes. Decide which ones you really want to keep (...and why). Assess. Are there connections based on a sense of peace (vs a sense of relief) when you uphold a specific Boundary? Is your Life emotionally richer and fuller with these in place?  If not, it's okay to release 'em. {Pssst... if you ”need permission,” just tell 'Them' that Lin said it was ok.} 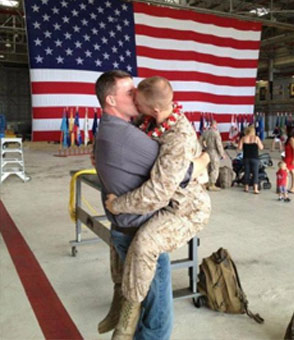 Here's an important post-script:  before you begin teaching the children around you, so then they too get to pick up and carry the same baggage (just 'cuz you ~ their S/Hero ~ said so), do a quick check. Or ~ preferably ~ a deeper examination ~ of specific cultural and societal Boundaries you lug around in your “baggage.”  Remember to remember that each of these is tethered to some Boundary based (for the most part) on a someone else's judgment, supposition, resentment, and/or “truth” that you and others have held, probably for a long, long time. Just because someone handed you the baggage, no need to continue to carry it or pass it on to future generations. While you examine, again the re-Minder, do so with great kindness towards yourself and Self, and toward those that were your teachers ~ for, simply put, they were taught too.